storefront for architecture maine seeks to present a fresh view of contemporary architecture to the Maine community to forward and inspire an understanding of, an appreciation for, and a connection with an architecture of our time: the present. 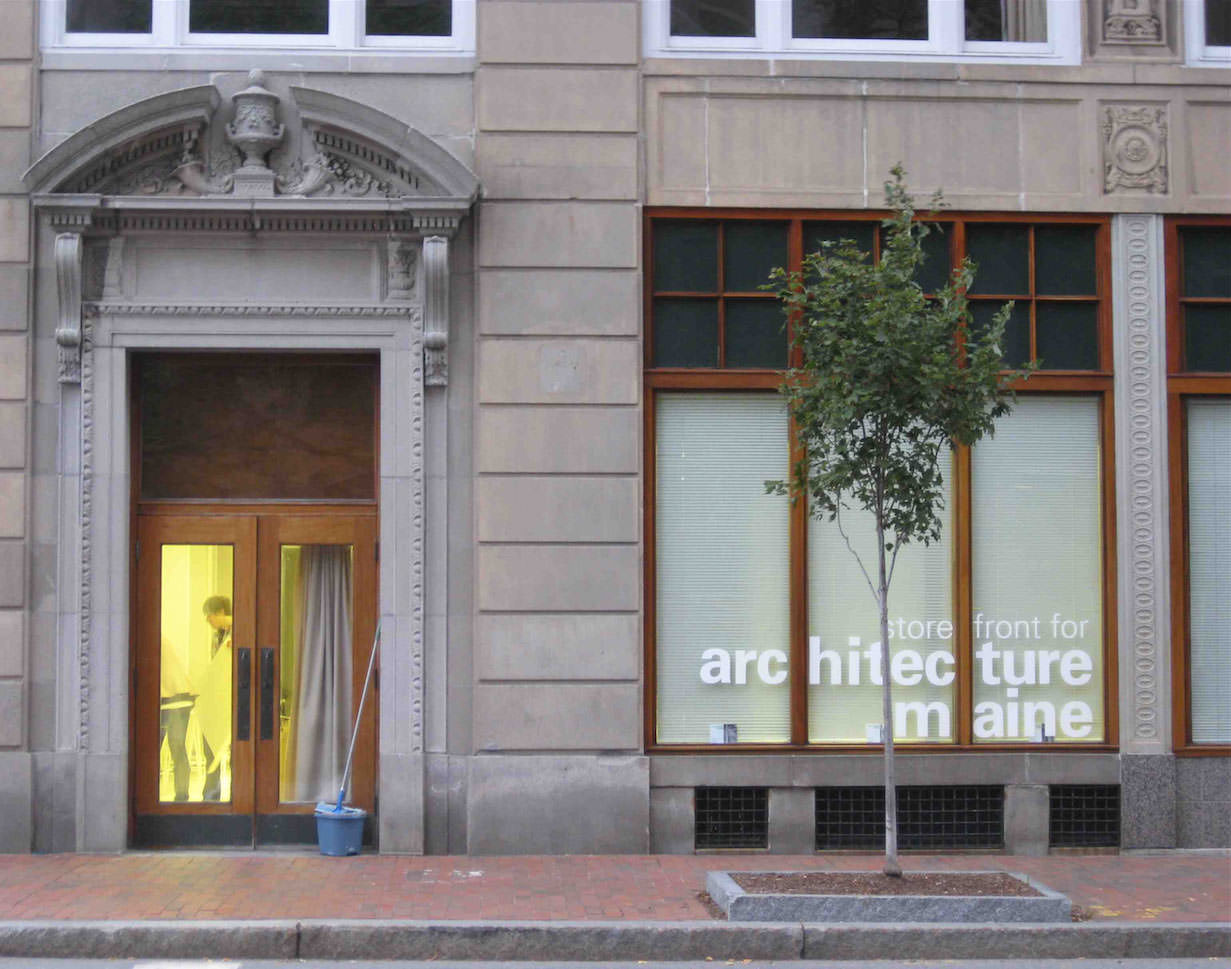 “I returned to the source and discovered that modernity is not outside but within us. It is today and the most ancient antiquity; it is tomorrow and the beginning of the world; it is a thousand years old and yet newborn…What is modernity? First of all it is an ambiguous term: there are as many types of modernity as there are societies. Each has its own. The word’s meaning is uncertain and arbitrary, like the name of the period that precedes it, the Middle Ages. If we are modern when compared to medieval times, are we perhaps the Middle Ages of a future modernity? Is a name that changes with time a real name? Modernity is a word in search of its meaning. Is it an idea, a mirage or a moment of history? Are we the children of modernity or its creators? Nobody knows for sure. It doesn’t matter much: we follow it, we pursue it…Modernity has been a universal passion…In recent years, there has been an attempt to exorcise her and there has been much talk of “postmodernism”. But what is postmodernism if not an even more modern modernity?”

Octavio Paz, In Search of the Present