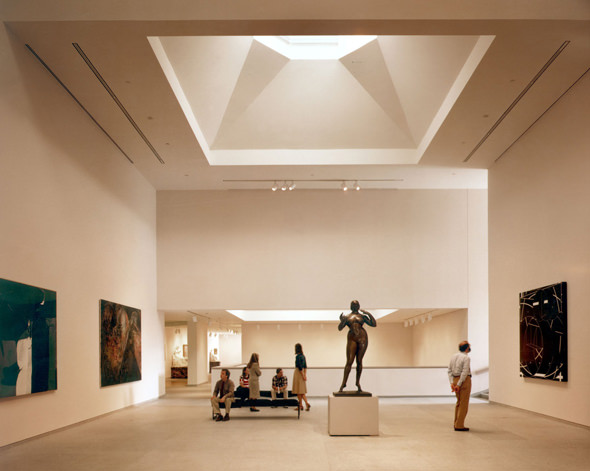 Of the five buildings standing on the Museum’s property when we were awarded this commission in the fall of 1978, three were to be preserved: the McLellan House (1800), the Charles Quincy Clapp House (1832), and the L. D. M. Sweat Memorial (1911). These architecturally significant buildings, together with a magnificent Copper Beech tree, were from the outset recognized as integral and essential assets of the Museum’s campus. Indeed, their presence was the single most important factor conditioning our design.

The Museum property included important frontage on Congress Square that became available after removal of two commercial buildings. The Square then needed to be contained on this side by a street wall commensurate in scale with the dimensions of the space, the heights of neighboring buildings, and the prominence of the location as seen from a considerable distance along Congress and High Streets. Analysis of these factors led us to conclude that the new Museum building should present to Congress Square a building façade measuring approximately 120 feet in length by 60 feet in height.

Behind the street wall, we needed to establish an organizing discipline within which to plan the Museum’s new exhibition galleries. A spatial grid was proposed, made up of two elements: a 20-foot-by-20-foot-by-11.5-foot parallelepiped defining the smallest desirable unit of gallery space, and a 20-foot-by-6-foot-by-10-foot parallelepiped defining an interstitial space between each gallery unit. The accretion of these elements horizontally and vertically resulted in a three-dimensional grid defining well-proportioned spaces of appropriate scale and suggesting an intrinsic distinction between circulation spaces (rectangular) and places of repose and contemplation (square).

Within the discipline established by the spatial grid, we needed to devise a building form that could accommodate the Museum’s functional program while also responding appropriately to the diverse conditions of its site. While on its Congress Square face the building needed to assert a unified, large scale presence, the High and Spring Street sides required a recessive, fragmented form granting primacy to the much smaller historic buildings within the Museum’s campus. These objectives were achieved by starting with a four-bay-wide, four-story-high block facing Congress Square, then stepping the building down and back through each unit of the spatial grid as it approached the L. D. M. Sweat Memorial. The new building needed to be linked internally to the existing galleries in the L. D. M. Sweat Memorial. This connection was achieved by means of an infill structure that also contains an octagonal sculpture gallery and an adjoining wing with space for necessary administrative and service functions. The infill building was shaped in such a way as to complete the definition of two outdoor garden spaces within the Museum’s campus—one facing onto High Street and one onto Spring Street. These provide a sympathetic landscape setting for buildings that together bear witness to nearly two centuries of architectural history in Portland. 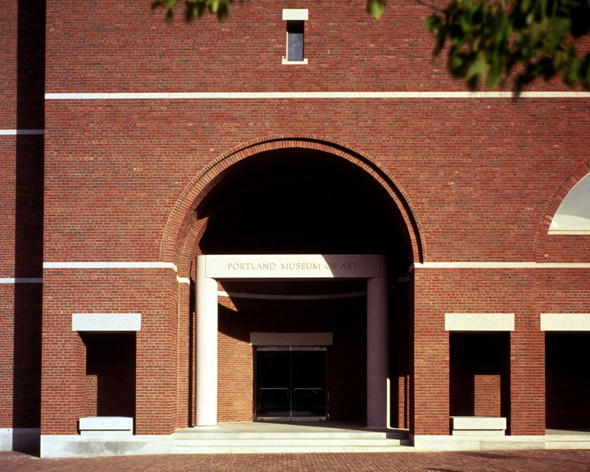 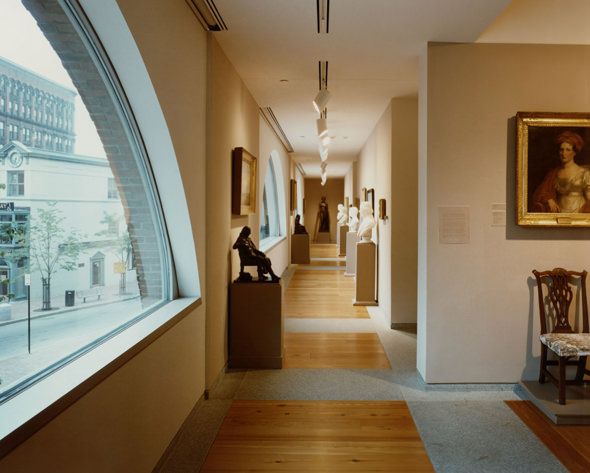 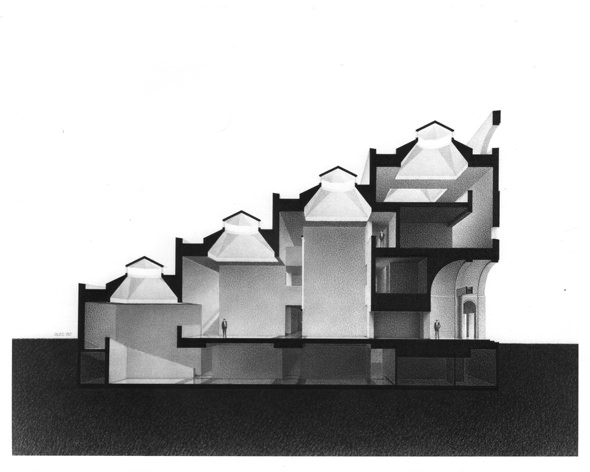