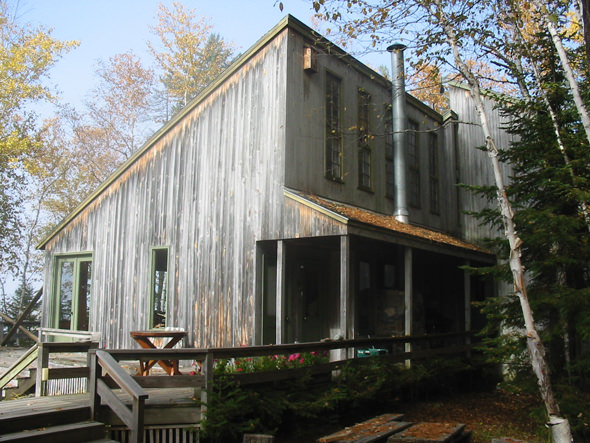 My architectural education began in the Washington Cathedral, where I went to the school intended for the choir. Growing up in a 14th century Gothic building under construction was a formative experience.

I went to Yale, primarily because of the thrill of Paul Rudolph’s A&A building, which was new and untried and offered dramatic challenges for its users. I loved it. It was as dominant as the gothic and as structurally acrobatic.

But there was another side to modern architecture that I came to love even more – the careful and rational use of pure form within the context of the real traditions of a place. This was the architecture of Louis Kahn, and, from what I knew of it from the magazines, of Edward Larrabee Barnes, especially in the clarity of the Haystack complex.

I was able to study Haystack at close range when my mother, who was the elementary school art teacher at the cathedral, spent part of a summer there and I had occasion to visit. I was in the process of moving to Maine myself, and later I taught at Bowdoin.

Haystack offered a brilliant model of a way to retain a modern love of rectilinearity and pure form with a deep understanding of the irregularity and irreducibility of the natural world. The platforms always followed the building grid, and the buildings occurred at nodes in the grid, in a way that seemed at once highly disciplined and thoroughly playful.

Though I never knew him, I regard Edward Larrabee Barnes as one of my more important masters.