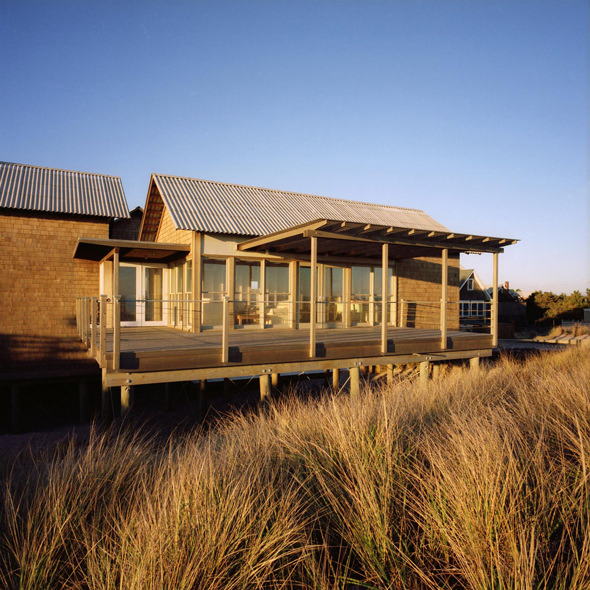 I grew up on a dirt road near Edward Larrabee Barnes’s house in Mount Kisco. He and Mary had built on a piece of land bought from a farmer and my family lived at the other end of the road. Until I was in architecture school, I worked on farms in the summer and that experience, along with my internship in Ed’s office, informs my work today.

There are a number of reasons I became interested in architecture, not the least of which that he was such a charming guy and lived in that cool house!

I tried to do a summer internship with him while I was in architecture school; he invited me to New York for the summer and offered his apartment to stay in when I didn’t want to make the commute to Mount Kisco. The spring before I was to start, I was awarded a summer traveling fellowship. I called Ed in anguish over what to do and he told me that the fellowship was much more important. I took it and so it was.

After graduation, I moved to New York to work for him. I got to meet Bruce Fowle, Toshiko Mori and others. I worked on the Old Campus at Yale, IBM in Mount Pleasant, and an addition to his house which I built with his son John and my brother.

One day, Ed invited me into his home office to talk. He was working on a sketch that eventually became the IBM building at 57th and Madison. He wanted me to return to the office to become clerk of the works for the IBM Mount Pleasant Building. I was loaned to IBM, working in the field every day for a year and a half monitoring the work of hundreds of people. Lots of fun for a farm boy. When I left the office in the spring of 77, Ed referred me to a potential client who helped establish my career path, as he did for many others who benefited from his mentorship.

As I was designing Beach House, the most immediate reference was the simple summer houses by the water I had seen and in which I spent time growing up. In hindsight I realize that it has many references to what I absorbed during my time in his office.

Most prominent is the clarity of conception and the joy found in the realization of that clarity of which Haystack is a classic example.